One of the advantages of always trying to generate content – for here and social media is I have become fairly snap happy, both with the phone on my camera and the little MUVI camera I take out from time to time (think poor mans GoPRo).

So here it is then, a moments reflection on the previous year and some highlights, for each month in pictures…. (click on them to expand) 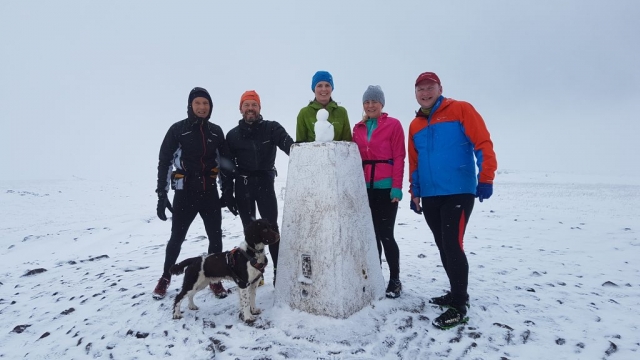 Taken on the 20th January this was an organised reconnoiter of The Stan Bradshaw Pendle Round. designed to get potential participants familiar with the route. Its a great race and one that novice to intermediate fell runners can get a lot out of and the top end experienced fellrunner can really race in – its “runnable”., unless the weather is atrocious – which it was for 2018. The race is in March – we had to manage the Beast from the East… this recce was in much more benign conditions. 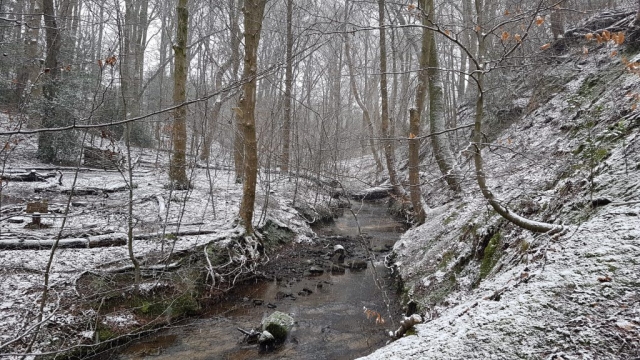 Outdoor Elements in the snow.  As a freelancer I work for all different types of organisation.  OE are definite favorites! its a charming site to work at all year round. 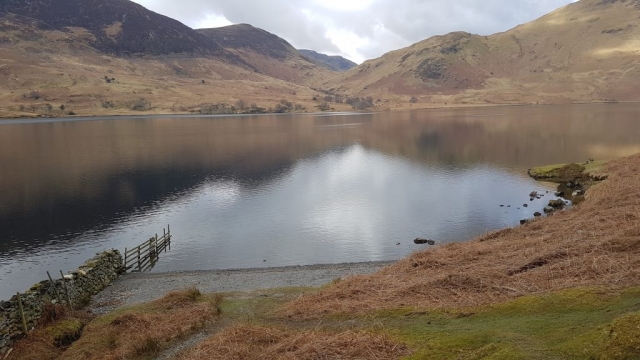 Whilst Safety Marshaling for Outdoor Angels/High Terrain Events.  Their Buttermere Trail run took place on a stunning day. Luckily I had taken my running stuff up so I could get out for a trot once stood down. 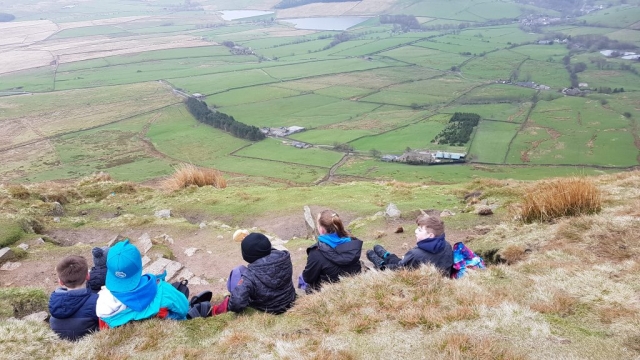 This view from the top of Pendle always gives people cause to stop and take it in.  Even the most reluctant of walkers (from the local Activity Centre  – Whitehough) seem to appreciate the views across to North and West Yorkshire as well as Bowland to the North East. 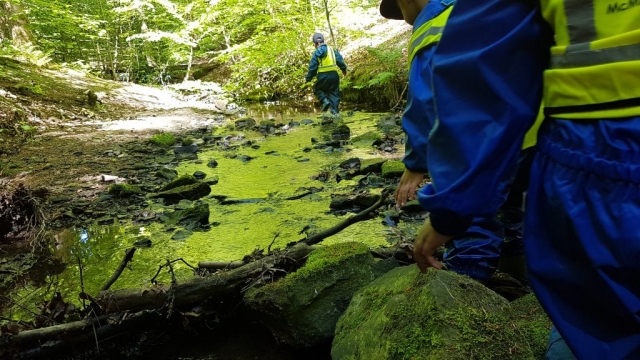 EYFS outdoors is very important to me. The opportunities I create, most 3&4 year olds simply do not get these days.  Such as wandering along a river exploring and discovering a whole heap of new experiences. Taken at Outdoor Elements hosting a regular Nursery School of mine. 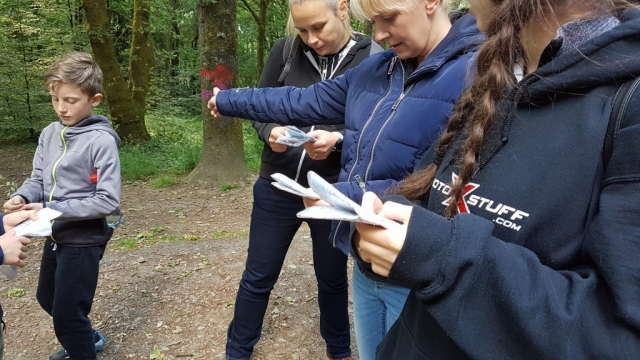 I love this photo.  Proper concentration! A session for families, for WAVE Adventure, supported by BBC Children in Need.  A walk around Rivington in order to learn some basic map skills. here they are orientating the map and matching the paths to their current location. 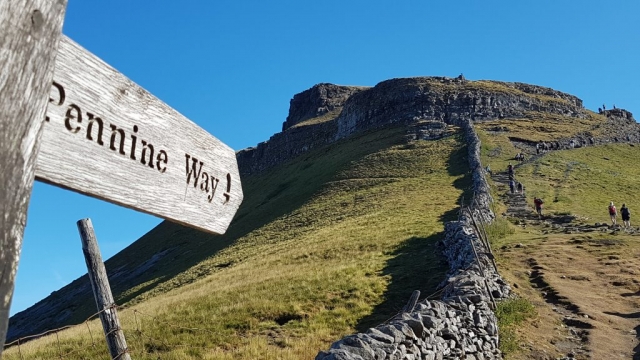 Yorkshire Three Peaks. One of my favorite days out. This day was guiding for another provider. Great group, great weather, beautiful views all day.  This pic, taken at about 7.45am I think really sums it up. 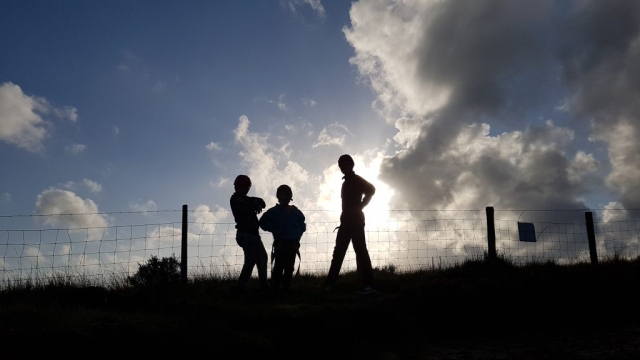 Rock Climbing. Another WAVE Adventure/BBC Children in Need session for families.  These three are awaiting an abseil and were posing for the shot admirably…. I however wanted the silhouette rather than their characters. that said, the character of this picture is ace! I was lucky to meet and support some aspiring outdoors professionals running these WAVE sessions. 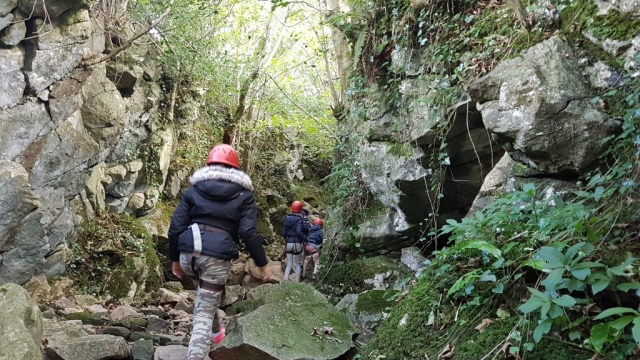 Ghyll Scramble at Barbon Ghyll in the Yorkshire Dales with Sedbergh Preparatory School.  Great kids on their way to a great afternoons adventure. 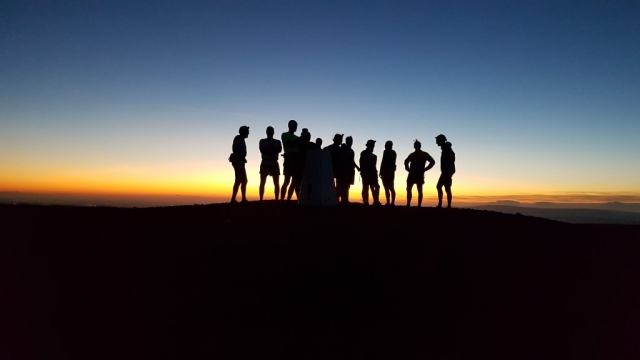 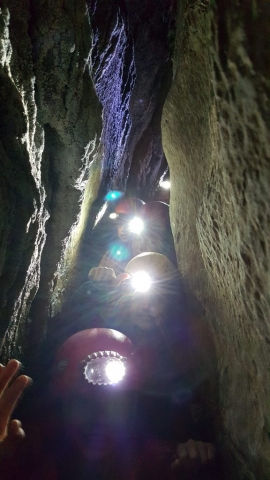 There have been some tough decisions in terms of highlights this year, but this month, October I really could have had five or six and in the end narrowed it down to these two.  Thistle Cave with Sedbergh School (again), I loved this session, one of my favourite for the year and has given me a new direction to pursue in 2019. The Pendle Hill pic taken as part of a personal group run. Every Tuesday throughout the winter I run with my club mates around the Pendle area. This was one of the first of the winter runs where you start in the light and finish in the dark. This one at sunset is probably my favourite picture of the year and has been shared amongst that group extensively! 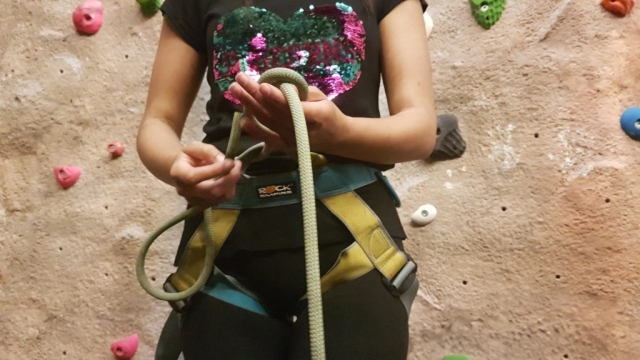 A WAVE Adventure young Mentor doing her thing without assistance getting ready to climb.  Taken at Bolton One, possibly the smallest climbing wall ever, but very group friendly and very accessible. 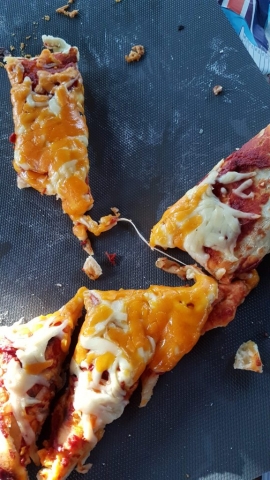 I have wanted to make campfire pizza for ages. Normally one tests the idea, does it a few times to get the session slick and imprinted in ones mind. This one, nah off the cuff and made up as we went along! At Outdoor Elements with a regular school booking (PRU). Wow. Its amazing. The kids (13-15) loved it, we made the dough, sauce and toppings all selected by the group and made 3 pizzas.  A session to be repeated!

Music is a big part of my world. It has been since about the age of 10 or 11.  I have listened too, appreciated and spent a fortune on music. Recorded on vinyl, cassette and CD, (still cant get into downloading/streaming) I have been to several hundred gigs from rooms at the back of a pub to big stadium and festival shows. I have been a part of musical performances, including choral singing representing England at an international Eisteddfod (we beat the Welsh choir, but came second over all).  Music continues to be something I draw upon regularly from the daily journey to work; where ever that may be, to evenings with friends and family and on the occasional run – when I am not feeling motivated to go out or have only time for a local street run I have been known to run with music on headphones.  For the past few years mountain marathon overnight camps have gone by  quicker with a small MP3 player taken as a luxury item.

I have broad tastes, largely guitar driven on the Heavy Rock (Metal!) side through to Indie guitar styles also. I have enjoyed house music/EDM, old school rap and hip hop and even attended classical performances in my time.

So, in a moment of distraction from a more pressing task, my thoughts wandered on to a tune and I wondered what outdoor themed songs I had in my music collection.  Several hours later I thought… hmm I’d like to share these.  They are all tracks I own, some may not be regulars on my play list, but I have them in one format or another. They are also not  necessarily the artists “best” song – it just has an outdoor theme (some of them very ‘ish!’ on the outdoors theme).  All poached from YouTube – sorry for any ads.

So just for fun then, outdoor themed tunes…

Frank Turner – The Outdoors Type, originally by The Lemonheads, but I don’t have that, where as I do have just about everything Mr Turner has recorded… Not his finest work (check out current album – Be More Kind) but a natty ditty anyway.

New Order – Krafty, Legends.  From ‘Waiting For the Sirens Call’ a more recent release and I think some of their best tunes.  By far the best track on the album, a song extolling the virtues of taking time away  and getting outside to gain perspective.

New Model Army – Summer Moors, In the interests of openness… my favourite band.  I had to get something by them into this list somehow….

Led Zepplin  – Misty Mountain Hop, Okay other than the title It has very little to do with the outdoors and more to do with copious amounts of drugs.  That was a thing back then… Good title though!

Doves – Winter Hill,  If this blog were about motorways they could tick a box there as well.  Good biking in the video too…

Iron Maiden – Run to the Hills, But it could have been The Loneliness of the Long Distance Runner, Where Eagles Dare (tenuous!)  For me a band at a defining point in my musical education.  I cant imagine a time where I won’t want to listen to Maiden.  Up the Irons!

One Green hill – Oysterband, Where my interest in folk music started to grow. A top tune.  the Lead Singer John Jones is famously a devoted rambler and tours as a solo artist – booking venues on their proximity to hills and moor land as opposed to size and audience potential! search for ‘Boff Whalley and John Jones interview’ on You Tube and he explains the reasoning….

So there you go. Anything you like? What do I not have in my overall collection that I should have – from an outdoors perspective?

Please  comment on the social media platforms where this link is posted…..