So, if you have seen any of my social media feeds (Twitter & Facebook), then you cant fail to have noticed the amount of work I do with pre-school children.  Ages three and four specifically. These children typically attend Nursery settings, usually Maintained Nursery Schools; what we used to call ‘State Nurseries’.

I plan to tackle why I do a lot of work in this sector in another post….one day…  But here, as the Taywood journey finished its first part for me a few weeks ago, after two years, I thought it would be good to review what happened, how and what was achieved alongside considering some outcomes.

Now, lets be clear – I am not Forest Schools!  Although I certainly borrow from that ideology, my ethos is more bushcraft and adventurous activities… much more me!  So following a brief email exchange we arranged to meet on a morning in May.

I found a space with huge potential. (And a nice gateway and willow feature installed) These are just a pair of pics – I took about 30 from all sorts of angles of an approximately 150 square metre space shaped like an ‘L’ around the building. 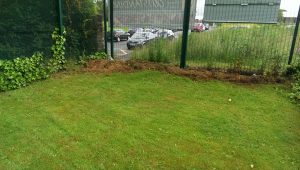 Further discussion (and Governor Approval) later we agreed a potential year from September 2015 subject to a mutually successful Autumn Term.

All that remained was to design and agree the program!

In broad terms, working for Lancs Outdoors Education at their sites my early years work has largely been built around a story, which we then recreate elements of that journey or experience to bring it to life for the children over typically 90 to 120 minutes.  With a space to convert and multiple weeks to work it and no travel to factor in – the shackles of time came off!  We hatched plans to use a specified story to deliver a themed game or activity alongside the remainder of the sessions (one key workers morning and afternoon group) to build/dig/create long term features for the Secret Garden with some ‘free play’ thrown in.

Taywoods budget allowed them to invest in all  in one waterproof suits, child sized tools and various materials as required to create a mud kitchen, dig a pond, insect hotel, a fire area.  Various other fixed installations such as paths and some ‘temporary’ ones such as a shelter to go over the fire area, to still allow for a fire, but provide some weather protection.

Keeping the sessions semi structured but ultimately child led, so we could engage the children on each task to enable that experiential learning but also keep interest and let the children dictate the direction and tone of the session was without doubt the best way forward. We had a blast! some children were happy digging for 30 minutes, others were reluctant after only 5 minutes, some allowed us to discover the magical properties of pallets and really push boundaries as well as the joy of just sitting together, eating and talking around a fire.  It was without doubt a journey for us all.

So what about the Nursery staff then?  Each key worker came out with their am and pm groups with me part of the ratio.  Different staff had different views, but all led to some very interesting conversations!  Some were pro outdoors learning from the get go, others were a little more reluctant…(One in particular still is!), but all the Taywood staff team were supremely professional and welcomed me with support, an open mind and kindness.  I shall miss working with them regularly a great deal.

That first term flew by and very quickly it became clear that this was great project in the making and one that would take time, so committing to the full academic year was a no brainer.  This in turn led to an extension for another year, but with the focus being on knowledge transfer – get staff skilled up in fire lighting, erecting the shelter etc.

This is really where it all took off in my mind, the staff relished the opportunity to see their charges in situations very few could have ever imagined and the children, well they just loved it. 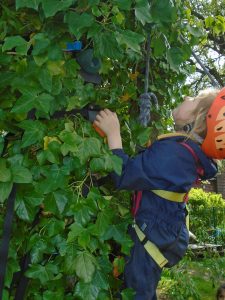 As a regular (male) face in the nursery, I began to recognise and have regular interactions with parents, so although I was getting positive feedback from parents via staff, when the parents themselves approached to say ‘thank you’ or to meet the person their child “goes on about” was very special indeed.

We began to document the experiences of the children, by the children using large floor books – we would gather round the book with pens and pencils and the children would be asked to draw something from the garden they did or enjoyed to day, we added quotes from the child and photographs to create a tool for monitoring and recalling each session.  The subsequent session would start with a review of the book “who can remember what we did last time” and “what was the weather like”. They proved a great aide to supporting the children recognise and appreciate change as the seasons passed.

Outcomes.  Now, I am not in the job of having to measure these as such – but anecdotally the outcomes were significant, children, gained confidence, developed language, memory & imaginative play (reflected in subsequent play) I am told by the Head Teacher that the garden and its sessions has been a huge contributor to children making progress in a variety of areas across the EYFS and created opportunities for learning well beyond expectation.  Taywood was inspected in May 2017 by Ofsted, who found the Nursery again to be “Outstanding”.  Personally I was pleased to see this line in the report:

“Outdoor learning is exceptionally well promoted and contributes significantly to the excellent progress that children make, particularly boys. The outside area is a labyrinth of exciting places for children to learn and play, whatever the weather”

Full report can be found here.

I am booked to go back for a series of “Adventure Weeks” next academic year (2017-2018), one week per term to join the two Staff who have taken on the role of “outdoors practitioner” to further develop the Secret Garden.  I can’t wait. 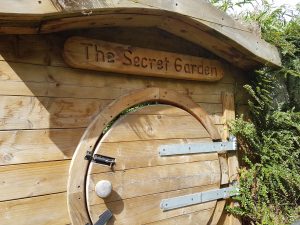 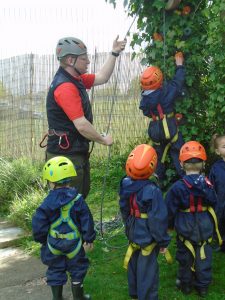 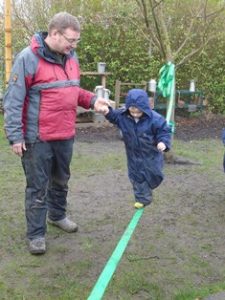 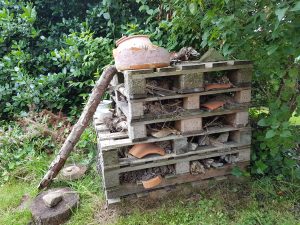 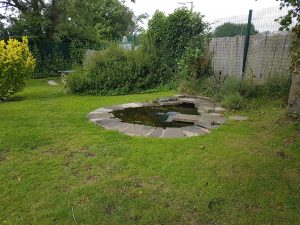 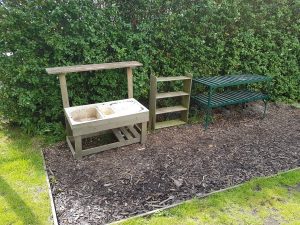